Nuspay Multi Signature Wallet- One step forward to the Security 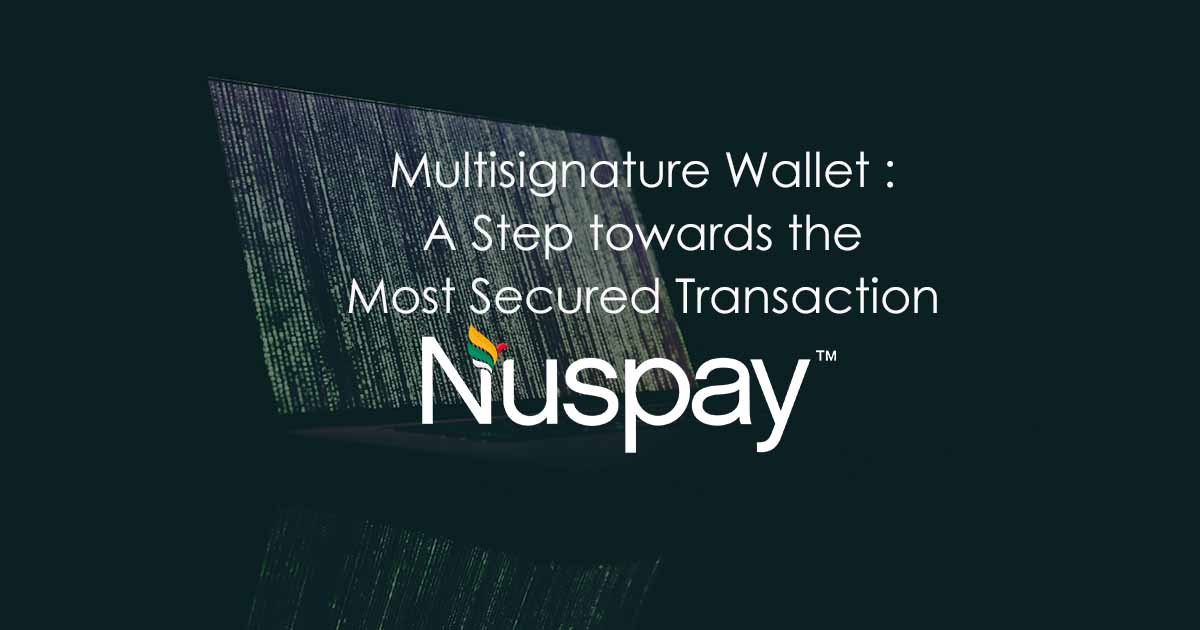 Security is one of the core elements of Nuspay™. The revolutionary Multi-Sign wallet by Nuspay™ provides users with sophisticated technologies to dependably secure their wallet with multiple authenticating steps. Not only can the wallet be securely authenticated, it can also be integrated with multiple exchanges and marketplaces.Nuspay multisignature wallet allows the users for requiring more than one key to authorize a transaction. It is generally used to divide up responsibility for possession of assets. The Wallet can be integrated with Exchanges and Marketplaces.

Why is it a Must Have?

A specified wallet can be easily secured with the multiple authentication. An user can easily apply for the multi-sign wallet by allotting multiple members to his wallet. Doing this has a lot of benefits, as the blockchain protocol is already a tamper proof protocol, multi-sign wallet by Nuspay™ adds another layer of security on top of that. No transaction can be made without the approval of all the allotted members of the wallet. All the members can also check the activity of the wallet regarding the funds & transaction on their end, giving them the opportunity to protect their wallet from multiple threatening scenarios or bizarre activities.There will be a recovery phrase for each member, in case of a member going haywire, the other members can salvage the wallet and protect their funds.

The Start of Change

Economy is at the core of every nation. The fewer the economic frauds, the more a nation develops. Businesses are the backbone of all the developing nations. Companies which are transacting heavily are in great need of the feature sets that Nuspay™ Multi-Sign wallets provide. A business having multiple shareholders may not want to depend on one's decision to approve the massive amounts of transactions a business has to go through. If the board of directors sign up with a wallet, every member would have to approve before the transaction is made. This greatly reduces the internal fraud.

Multiple devices can be used as the authentication devices. Service provider sims, registered phones or computers can be used to authenticate. For example, if one of the members of the wallet loses his/her device, he or she will not be locked out of using the wallet. The user can report the issue and easily use the other authenticating devices to sign the proposal tokens. Later the user can add another device upn reporting the issue of the previous device.

In this day and age everyone wants added security. There are multiple security protocols integrated within the Nuspay™ Multi-Sign Wallet. There are bank facilities which might seem similar on the surface but the encryption protocols are much lighter in the banking network. As Nuspay uses state of the art blockchain protocols, which is nearly invincible in itself, it is further optimized to cater to the security needs of the users of this day and age.

In the business world, Multi-Sign Wallet will be a staple in the near future. Nuspay™ seeks to continuously work on its ecosystem and further optimize the security, for a strictly tightened protection from vulnerabilities. The blockchain protocols will evolve over time and so will the Nuspay™ ecosystem.